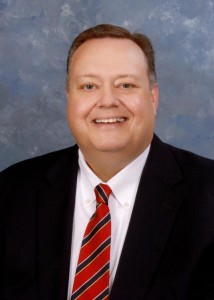 Garland Byrd began his insurance career in 1989 as an Independent Insurance agent in Knoxville, TN. His retail experience was focused on construction, transportation, coal and energy related products. Over the past 25 years Mr. Byrd has firsthand experience as a retail producer as well as managing and owning an Independent agency. The sales experience was transformed into the marketing aspect of insurance that included hiring, recruiting, and educational seminars for independent agents. Building marketing and distribution has been the strength for Mr. Byrd from growing a marketing department that evolved into a National Wholesaler in the Southeast with written premiums in excess of $ 400 million that was combined with a marketing distribution of over 30,000 retail agents. With heavy ties to the Southeast Mr. Byrd also launched an additional wholesaler and program manager into the Southeast and Midwest and was instrumental in securing multiple carrier contracts.

In addition of attending State association conferences for both the Independent Insurance Agents and Professional Insurance Agents, Byrd has been a regular attender of NAPSLO and Target Markets.

As Founder of Eastern Insurance Managers, Byrd will continue to offer products that will assist in multiple coverage lines of insurance for insurance agents.